If you’re a food and wine writer with an IQ over a 100, a dubious claim that no doubt most chefs and winemakers would agree with, considering the bounty of hacks with their gormless opinions that have exploded  over the internet. But let’s just suppose you’re a scribe with a three digit IQ. I can guarantee the thought that you’re wasting your time and life has crossed your mind when writing things like, the bread was a little too dense and the wine finished with just a hint of asparagus. Oh Miles.

Even the great wine taster Robert Parker doubted his purpose after 9/11 but kept going once he realized wine tasting was what he was destined for and how much his opinion still mattered.  Keith Richards had an excellent reply when asked why the Stones keep touring, why quit something you love to do? And for his love of playing Chuck Berry licks, I’d do it even if I was an accountant… probably would have been better off, he said with a smoke filled chuckle rasp.

Or consider the two finest fictional characters in the last 20 years, Walter White and Don Draper. When everything he strove for was a smoking ruin, Walter had the guts to say, I did it for me. I liked it. I was good at it, I was alive. And Don Draper who by the end of the series, loathed his job and the agency he worked with, still returned to it after recharging his batteries at a meditation retreat, because in the end, it was what he was good at. 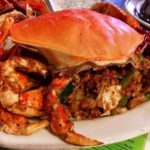 So where am I going with all this? Well, if you can’t tell by all my music and pop culture references, it’s my petite homage to one of the greatest food writers who ever lived, Jonathan Gold, the LA Times restaurant critic who was so much more and recently passed way too soon at the age of 57 when he had so many great reviews still left to write.

While there’s a ton of tributes from chefs, colleagues and fellow food writers, plus his own dazzling prose online, if you really want a terrific portrait of the man, his writing and life philosophy run to Netflix and watch the doc, City of Gold. I loved every minute of it, but even for the non-foodie, restaurant lover or arts fan, it provides a fascinating look at a true Renaissance man who loved his hometown of Los Angeles and captured it like no other through his food writing. A few of my fav quotes from the doc below: 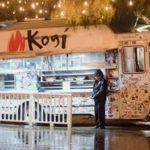 That’s just a quick sample. I could quote the whole doc. But one thing that is really cool to see is how much chefs and cooks appreciate Gold’s reviews, pardon the pun, his word was gold. And a lineup out the door would ensue if you got a rave from him. Every chef should watch it, just to realize that critic vs restaurant doesn’t have to happen. If a critic who knows what he’s talking about doesn’t like something, there’s probably a good reason. As the Godfather film repeatedly says, it’s not personal, it’s business.

A public tribute will be held in Los Angeles  On Aug 26  and Gold will be honored at the Taste Festival L.A. held on Aug 31-Sep 2. 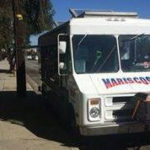